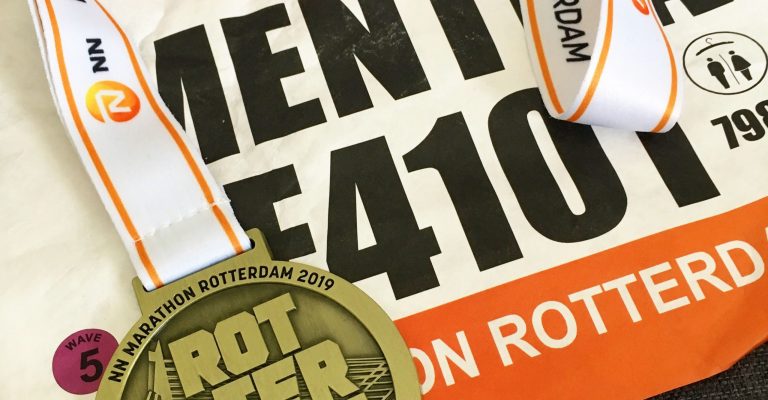 June 2018. Just days before my ‘big’ 7.5km run at the Eindhoven Ladies Run. And I had just set a bizarre plan into motion. To run the 2019 Rotterdam Marathon. I had just emailed #LaCoach Laetitia (Ik Begin Vandaag) that I was interested in joining her marathon team and whether or not I qualified.

December 2018, Rotterdam. My first 15km run, at the Bruggenloop. Another distance record.

March 2019, Baarn. The big 34km team run. I tapped out halfway. FUCK! What the hell just happened??? Got my revenge the next day by going for a 23km run. Much better!

April 6, 2019, Rotterdam station. It’s the day before the marathon and I’m already there. Walking through the city, I’m already enjoying the atmosphere. Everything is all about running. Already seeing medals around, the Kids Run.

Headed towards the WTC to pick up my bibs and T-shirt. Made a pit stop at an overcrowded Lush store (really… I need them here in Eindhoven!!!), took a wrong turn, found the WTC and took the metro to my friend and former colleague Anneloes. I’ll be having dinner and spending the night there. First night without my little Vik… Weird.

Lovely evening with loads of pasta, laughter and card games. In my sleeping bag on the sofa around 22.00. Checked in at home and went to sleep.

Woke up long before my alarm was set to go off. Put on my gear, slapped on the sunscreen and gathered my stuff together. Had breakfast with Anneloes and headed off to the metro again.

Anneloes was running as well, the duo marathon with one of her colleagues. They’d each be running half of the marathon. Because I had to dump my bag at the site, I left a bit earlier.

Found the baggage area. Waited a long time to check in my bag. Saw the flag we got #LaCoach while waiting, she was gone by the time I was ready.

Headed to the start area. Met up with Malin, Mireille and Dianne. Missed Lee Towers singing You’ll Never Walk Alone and suddenly our wave was moving.

As we passed the start line, I saw a mass of people, all running up the Erasmus Bridge. What an awesome sight!!!

The first 10km went by ever so smoothly. Saw #LaCoach around 8km, motioned how friggin’ got it was and went on. After the first water point things got a bit rough. I really should learn how to drink and run at the same time…

12km. Fuck. This is going to be a rough one. 15km. More swearing, less running. Water. A jelly bar. Pushing on.

The next 10km were hell. At 21km, halfway, I fell into Anneloes’ arms. Her mom and boyfriend were there as well. Quick hugs and on with the show. ‘It’s so hard, but I won’t go home without that medal!’

At 23km I apped the group that my legs were giving up. LaCoach was at 25km and willing to wait for me before moving on to her next stop. More pushing on.

There she was! A quick break. Some pickle juice (ew!) and a paracetamol to take the edge off and on I went. She ran with me until the metro station. ‘Keep running. Don’t stop!’ Waved to her and I was on my own again.

Damned Erasmus Bridge… Yeah. I walked up. Ran down. A tunnel. Down wasn’t hard. Up hurt. Another walk.

35km. Omg! Is that really my best friend Stephanie on that screen cheering me on? Oh! And mom on the next! Tears of joy and love.

Got out of the forest and back into the city. So many people here! What an awesome atmosphere! I dare not walk any more. They’re cheering my name, high fives all along.

A man is stretching his legs. ‘Are you okay?’ We walked together a bit. His third marathon and the first time he’s actually going to finish it. Picked up my pace again, waved a good luck and I went on.

Almost at the finishline

41km. Just passed the cube houses again. Snapped a picture of the 40km sign and Instagrammed it. Almost there!

42km! Just 195m to go, I’m on the Coolsingel. Pushing on. There’s the finish! Someone just yelled my name, but I need to focus on the finish line.

The finish. I did it! Walk it off. Where are the medals? Shit, this is a long walk. Medals! Gimme! A bottle of water. Where are Bas and Vik? They’re supposed to be here!

Found the exit and my boys. Apparently it was Bas that I heard yelling my name. My love <3 Saw Malin at the engraving booth.

Stumbled to the bus and then the car. Got home. Crashed on the sofa. Had a beer. And kept my prize medal around my neck all evening until I went to bed.

Couldn’t walk for 2 days, but it was so worth it.

Official time: 5:38:36. I had hoped to finish around the 5:15 mark, but with the heat and the (mental) struggles I faced and pulled through, this was an awesome result. Heck. A year ago I had a hard time running 5km straight.

From 5 to 42.195km in under a year. Could never have done it without #LaCoach and the team. So grateful and proud to have been a part of this. And the teams WhatsApp group still lives, as we have all become friends.

Who knows. I might run another marathon one day.

I am a marathoner. Wow.

About Vitamin D and energy

For quite a while I’ve been brewing on a blog. Not this one though, another one. Still not quite sure how to put those thoughts 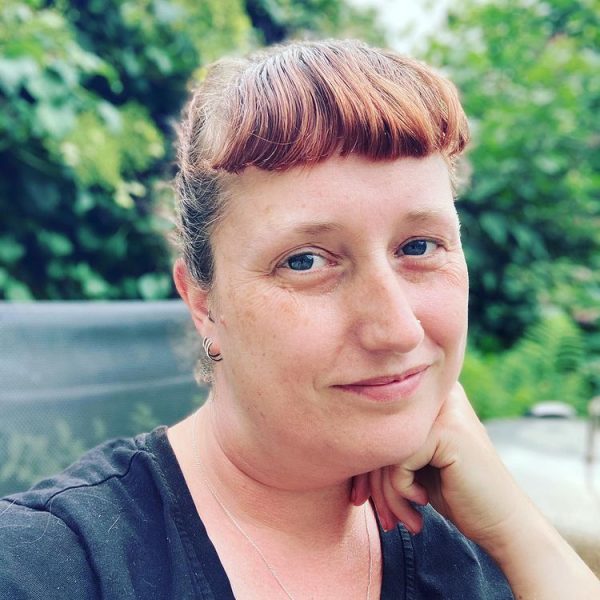 How are you? It seems to be such a simple question and the first one people tend to ask when seeing eachother. The most common 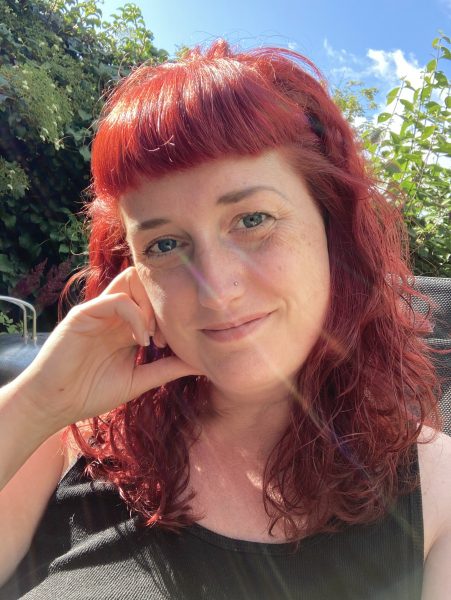 Me and Long COVID

It’s been almost 10 months since I got tested positive and everything is still pretty messed up. Me and Long COVID are definitely not friends, but I’m afraid we’re going to be stuck together for quite a long while longer… To give you an idea of what I’m struggling with, I’d like to give you a rundown of some of my symptoms and issues. 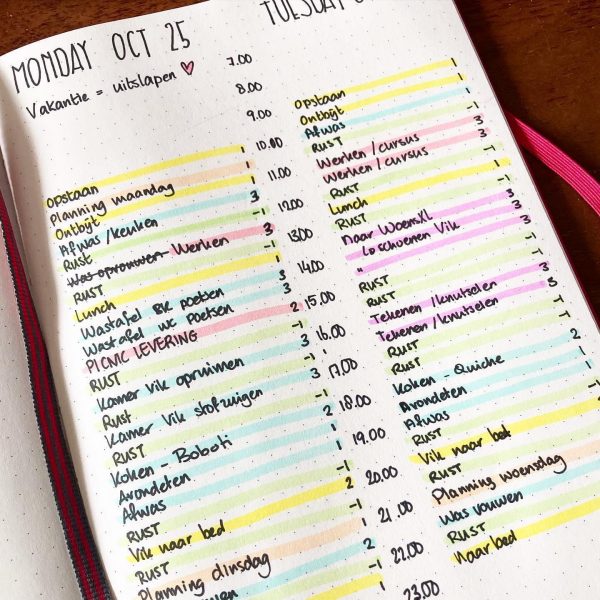 Balancing my energy for recovery

A big part of my Long COVID recovery consists of balancing my energy levels. And one way to do that is by meticulous planning. A

Copyright 2021 © Mentha.nl | This website, its content, text, audio, videos, and all graphic/drawing/artwork images are all the work of Mentha Hoekstra unless otherwise stated. All rights reserved.

We use cookies on our website to give you the most relevant experience by remembering your preferences and repeat visits. By clicking “Accept All”, you consent to the use of ALL the cookies. However, you may visit "Cookie Settings" to provide a controlled consent.
Cookie SettingsAccept All
Manage consent

This website uses cookies to improve your experience while you navigate through the website. Out of these, the cookies that are categorized as necessary are stored on your browser as they are essential for the working of basic functionalities of the website. We also use third-party cookies that help us analyze and understand how you use this website. These cookies will be stored in your browser only with your consent. You also have the option to opt-out of these cookies. But opting out of some of these cookies may affect your browsing experience.
Necessary Always Enabled
Necessary cookies are absolutely essential for the website to function properly. These cookies ensure basic functionalities and security features of the website, anonymously.
Functional
Functional cookies help to perform certain functionalities like sharing the content of the website on social media platforms, collect feedbacks, and other third-party features.
Performance
Performance cookies are used to understand and analyze the key performance indexes of the website which helps in delivering a better user experience for the visitors.
Analytics
Analytical cookies are used to understand how visitors interact with the website. These cookies help provide information on metrics the number of visitors, bounce rate, traffic source, etc.
Advertisement
Advertisement cookies are used to provide visitors with relevant ads and marketing campaigns. These cookies track visitors across websites and collect information to provide customized ads.
Others
Other uncategorized cookies are those that are being analyzed and have not been classified into a category as yet.
SAVE & ACCEPT